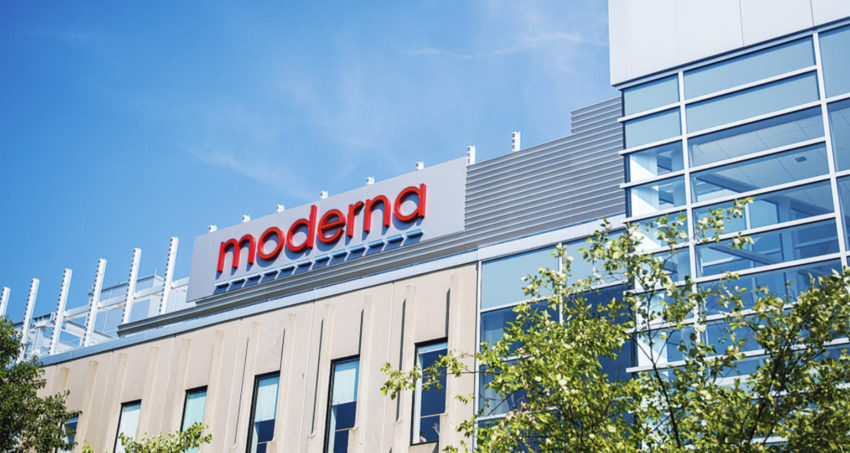 Moderna said Monday that initial data from a late-stage clinical trial indicate that its COVID-19 vaccine was nearly 95 percent effective at preventing infections, a remarkable showing for any vaccine, let alone one based on novel technology.

Although the analysis is preliminary, the Cambridge biotech said it hopes to seek emergency use of the experimental vaccine for some people “in the coming weeks” and expects to have about 20 million doses to ship in the United States by year’s end. That would be enough for 10 million people, given that vaccination requires two doses.

The first interim review of data in the studyof more than 30,000 volunteers at 100 trial sites in the country indicated that the vaccine showed about the same effectiveness as a rival one being tested by the pharmaceutical giant Pfizer. That company reported a week ago that two doses of its vaccine appeared to be more than 90 percent effective.

“This positive interim analysis from our Phase 3 study has given us the first clinical validation that our vaccine can prevent COVID-19 disease, including severe disease,” said Moderna’s chief executive, Stephane Bancel.

The analysis, done by an independent monitoring board, does not mean an effectivevaccine is imminent, but the early results are impressive. The board analyzed the first 95 cases of COVID-19 among volunteers who received two shots four weeks apart and then went about their daily lives. Half of all participants in the trial got the vaccine. The other half got placebo shots.

On Sunday afternoon, the board informed Moderna that only five of the 95 people who caught COVID-19 had gotten the vaccine, said Ray Jordan, a spokesman for the company. The other 90 cases occurred in recipients of the placebo. The results indicate the vaccine has an efficacy rate of 94.5 percent, the company said.

“Honestly, I would not have expected that,” Dr. Anthony Fauci said in an interview with STAT News, responding tothe early vaccine data from Moderna and Pfizer. “I thought that was too much to hope for.”

Fauci, the top US infectious-disease doctor, said earlier this year that he would be happy with a COVID-19 vaccine that was 60 percent effective.

The interim analysis reported no significant safety concerns and indicated that the Moderna vaccine was generally well tolerated. Most side effects were mild or moderate and generally short-lived and included symptoms such as fatigue, headache, and achiness.

Moderna officials were particularly delighted by how well the vaccine appeared to prevent severe cases of COVID-19. Eleven of the 95 people infected with the virus in the data snapshot were diagnosed with severe cases. All 11 cases occurred in the placebo group — none in the group that got the vaccine.

The vaccine trial was closely monitored to ensure that participants reflect the country’s diverse population. Moderna has said that minorities make up more than a third of the 30,000-person trial.

Based on the data, Moderna said it plans to ask the Food and Drug Administration to approve the vaccine for at least some people on an emergency basis in the coming weeks. It said the FDA would wait for a final analysis of a total of 151 cases of COVID-19 among volunteers in the trial before deciding.

Alan Carr, an analyst, on Monday wrote to investors that the early data represent “an impressive outcome in our opinion, and we believe issuance of an Emergency Use Authorization may be feasible in December.”

The first doses of any vaccine authorized for emergency use are expected to go to people at high risk for catching COVID-19 or for suffering serious complications, including medical workers and the elderly.

Pfizer has said it expects to produce up to 50 million doses of its vaccine by the end of the year, 2½ times the amount Moderna hopes to have in the same time frame. Pfizer’s vaccine also requires two shots, so 50 million doses would be enough for 25 million people.

Both the Moderna and Pfizer vaccines rely on synthetic messenger RNA, an ingenious variation on the natural substance that directs protein production in cells throughout the body. The vaccines contain custom-made messenger molecules that instruct cells to create a part of the coronavirus and then stimulate the immune system to make antibodies. If it works, that would protect people if they ever got infected with the actual virus.

There are a dozen coronavirus vaccine candidates in late-stage trials globally, and they employ a variety of approaches. The US government’s Operation Warp Speed has bankrolled a handful of vaccine candidates with billions of dollars.

Dr. Paul Offit, an authority on vaccines at Children’s Hospital of Philadelphia, said the preliminary results from the Moderna study are “very encouraging” and validate the data that Pfizer released Nov. 9. He was particularly impressed that none of the volunteers who suffered severe cases of COVID-19 had received the vaccine.

Nonetheless, he noted that no messenger RNA vaccine or drug has won approval before and said it was premature to celebrate.

“You’d like to see all the data rather than the data that companies put out by press releases,” he said.

One of the concerns about the messenger RNA vaccine developed by Pfizer and BioNTech is that it must be kept at minus-94 degrees Fahrenheit or lower. Those cold-storage requirements have raised serious questions about whether hospitals could safely store the vaccine and how easily it could be shipped around the world.

The ability to store the Moderna vaccine in commonly used pharmaceutical freezers and refrigerators “would enable simpler distribution and [provide] more flexibility to facilitate wider-scale vaccination in the United States and other parts of the world,” said Juan Andres, chief of technical operations at Moderna.

The preliminary data appeared to buoy hopes as the pandemic surges in various parts of the world, including the United States, where the virus has caused at least 246,000 deaths.

Like the leaders of other companies testing experimental vaccines, Moderna’s Bancel has said it will take more than one approved COVID-19 vaccine to tame the pandemic; no single company can produce enough doses to protect the world’s 7.8 billion people.

If Moderna’s vaccine ultimately wins FDA approval, it would represent a singular achievement for a company that has generated high hopes but had its doubters. Founded a decade ago, Moderna raised more than $2 billion in venture capital and partnership funds before going public in 2018, based on the promise of its mRNA technology.

The company raised more than $600 million in the initial public offering, which shattered the record for the largest biotech IPO in history. Nonetheless, Moderna has no approved products — not unheard of among high-flying biotechs — and has struggled to create a fleet of mRNA medicines that could be safely dosed repeatedly.

“It’s increasingly evident that the coronavirus vaccine will be its first product, and it will probably be a significant revenue generator in the near-term,” Carr, the analyst, said. “But in the long term I think it’s a good indicator for the rest of their infectious disease pipeline.”

Moderna is working on mRNA vaccines for a host of other diseases, including the flu and serious respiratory illnesses, he said, and will need some to succeed to sustain its impressive market value of more than $38 billion. 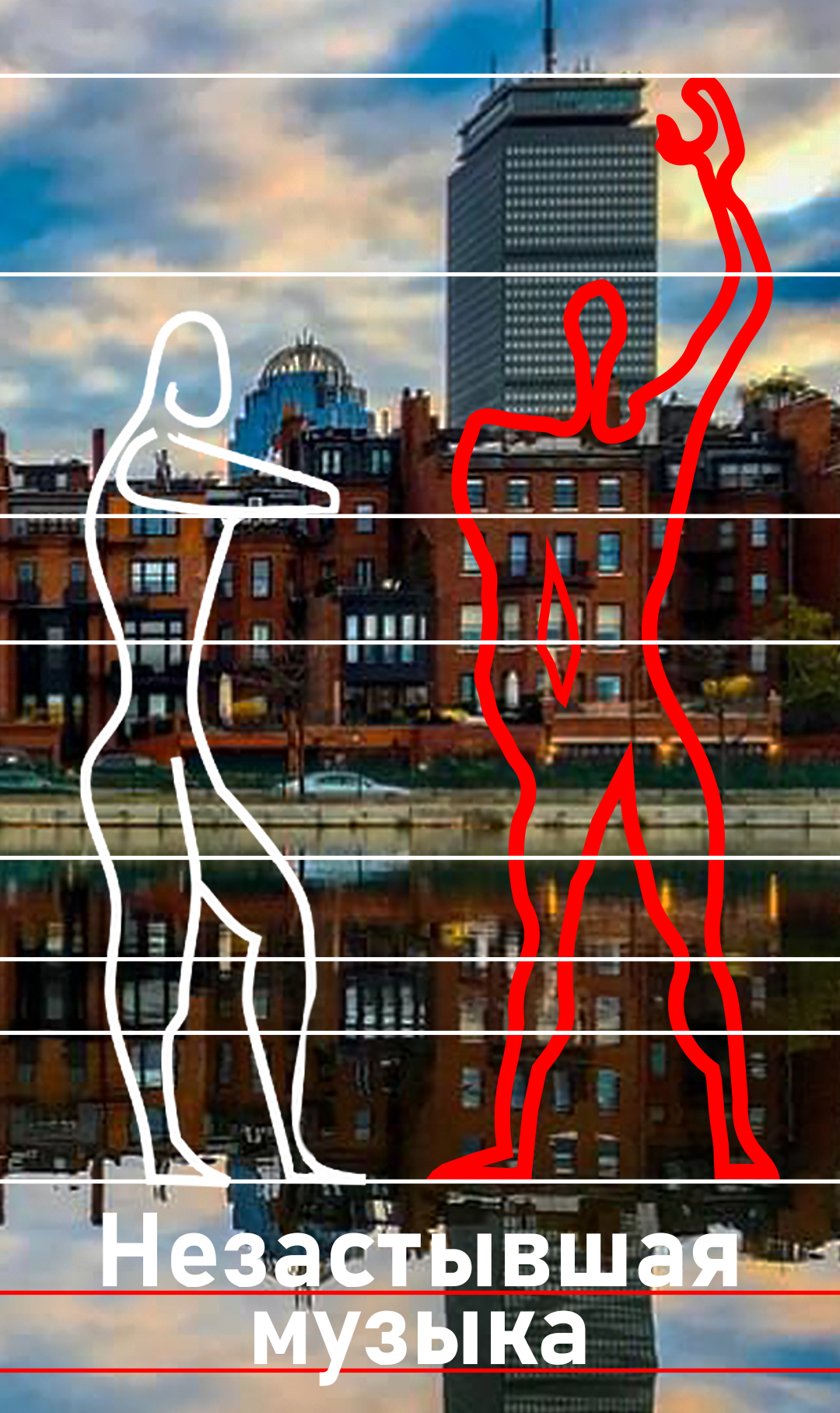