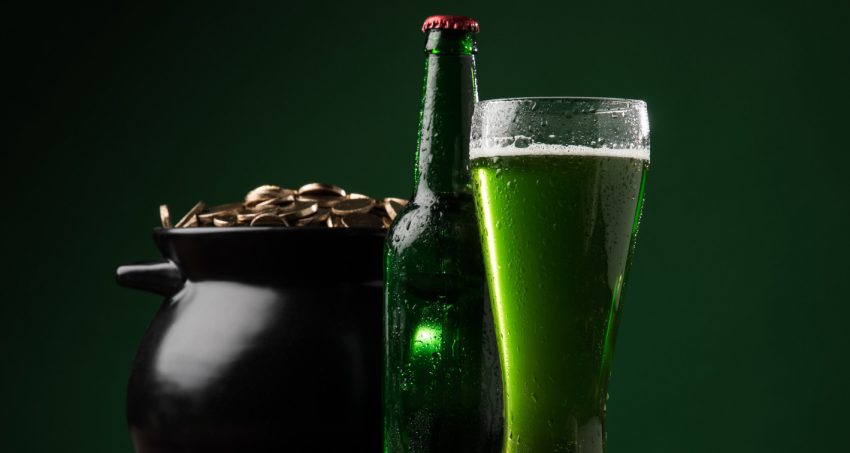 St. Patrick “moved” from Boston…Test: Are you still Irish?

The Truth Behind St. Patrick’s Day: Celebrations Did NOT Originate in Boston

ST. AUGUSTINE, Fla. (March 15, 2018) – Irish culture will soon be celebrated across the globe with parades, pub crawls and seas of green. But newly uncovered documents prove unlike previous belief, St. Patrick’s Day celebrations did not start in Boston, rather at least 100 years earlier in St. Augustine, Florida.

The curious discovery comes from a rather unlikely source: gunpowder expenditures lists from St. Augustine for the years 1600-1601. While cannons and other artillery were often fired to help guide ships safely across St. Augustine’s protective sandbar, they were also shot off during times of public celebrations and religious festivities.

A single entry from March 1600 states St. Augustine’s residents gathered together and processed through the streets in honor of the feast day of San Patricio, or St. Patrick. As they made their way through the town, cannons fired from the wooden fort in celebration of the Irish saint.

“It was certainly a surprise,” said historian J. Michael Francis, PhD, University of South Florida-St. Petersburg, who uncovered the document. “It did not register the first time I saw the name “San Patricio,” the Spanish name for St. Patrick. After a few seconds it actually hit me that there was a St. Patrick’s Day parade/procession in St. Augustine in 1601. Even more surprising was that the document identified St. Patrick as the patron saint of the city’s maize fields.”

Dr. Francis discovered the records while exploring St. Augustine’s long Spanish imperial history. Over the past several decades, Dr. Francis has examined thousands of documents housed in Spain’s Archivo General de Indias (AGI), one of the world’s most important historical archives, classified as a World Heritage Site. The archive also includes information about Ricardo Artur (Richard Arthur), the Irish priest who likely introduced the devotion to St. Patrick. When Artur disappears from the historical record in 1604, so do the references to St. Patrick.

By the way, are you Irish? Check this out!