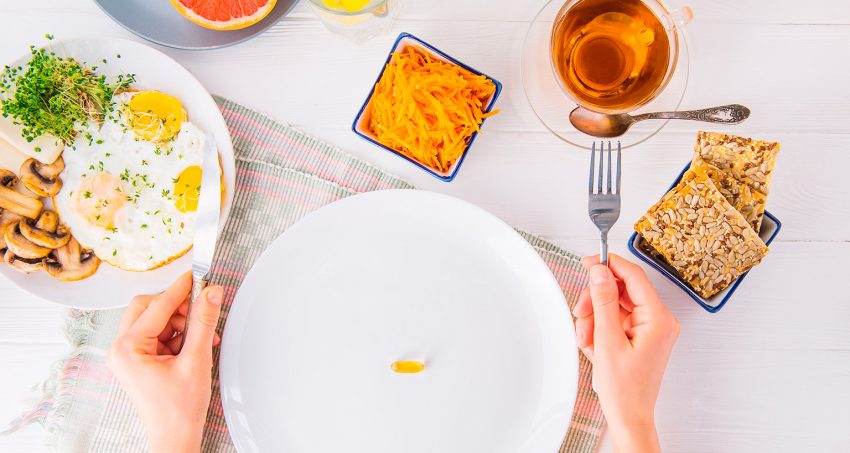 It’s one of the great public health paradoxes.

Over two-thirds of American adults (71.6 percent) are considered overweight or obese, according to the federal Centers for Disease Control and Prevention.

Yet only 2 percent of those people take any of five approved weight-loss drugs on the market. Among the reasons: Insurers fail to cover the costs. Doctors are loath to prescribe the medicines. And patients feel — usually wrongly, experts say — that they can slim down through sheer willpower.

Now Gelesis, a 13-year-old Boston biotech, hopes it will succeed in the marketplace where other drug makers haven’t. A week ago, the Food and Drug Administration cleared a capsule it developed that produced meaningful weight loss in clinical trials.

The product, called Plenity, works differently from the five other drugs on the market. In fact, it’s actually classified as a medical device, not a drug.

Each capsule contains small gel particles synthesized from cellulose — the principal component of plants and vegetables — and citric acid. A patient swallows six capsules a day — three at lunch and three at dinner — and drinks 16 ounces of water each time.

The particles rapidly absorb water and expand to 100 times their original weight and size, producing a blob similar to chewed vegetables. It makes the patient feel full, as if he or she had eaten a big salad. The particles break down in the colon and leave the body the same way as digested food.

The capsules have been studied in more than 450 patients in five clinical studies in the United States, Canada, and Europe. Six of 10 adults who received them lost an average of 10 percent of their weight over six months. That’s an average of 22 pounds, or 3½ inches, from their waistlines.

Unlike most of the five drugs on the market, Plenity doesn’t enter the bloodstream, according to Dr. Caroline Apovian, who runs the Nutrition and Weight Management Center at Boston Medical Center and tested it on 25 patients as part of the clinical trials. She said it poses less risk of causing side effects than the other medicines.

“It’s very, very safe,” she said. “It’s so safe, in fact, that I think the company should also do studies in adolescents. We have a major [obesity] epidemic, not only in adults, but in adolescents and children.”

Unlike the five other approved therapies — Belviq, Contrave, Qsymia, Saxenda, and Xenical — Plenity can be prescribed to adults with a body mass index as low as 25, regardless of whether they have other serious weight-related medical issues.

“We’re really focusing on patients who are lower overweight,” said Harry Leider, chief medical officer for Gelesis. “We’re really trying to provide a good option for many people who haven’t received any kind of treatment.”

Gelesis will begin rolling out Plenity in a limited number of markets in the last quarter of the year and then more broadly in 2020, said David Pass, chief operating officer for Gelesis.

Each bottle will contain a 28-day supply, or 168 capsules.

He said most insurers don’t cover weight-loss prescription treatments, and patients typically pay $100 to $150 a month out of pocket. Insurers probably won’t cover Plenity, at least at first, Pass said. He expected that patients will pay roughly the same out of pocket as they do for the other products.

Apovian, the doctor who led the clinical trial of Plenity at Boston Medical Center, said that although exercise and a careful diet keep weight off for some people, others struggle mightily to lose weight, no matter what they do.

Many, perhaps because they ate sugary foods or meals with lots of preservatives as children, she said, simply regain the weight they lose. Those people, she said, may need to take weight-loss therapies indefinitely.

“We know that when children, adolescents, and adults try to lose weight, there are powerful forces that try to get you to go back to your original weight,” she said. “It’s not about willpower. It’s a disease.”