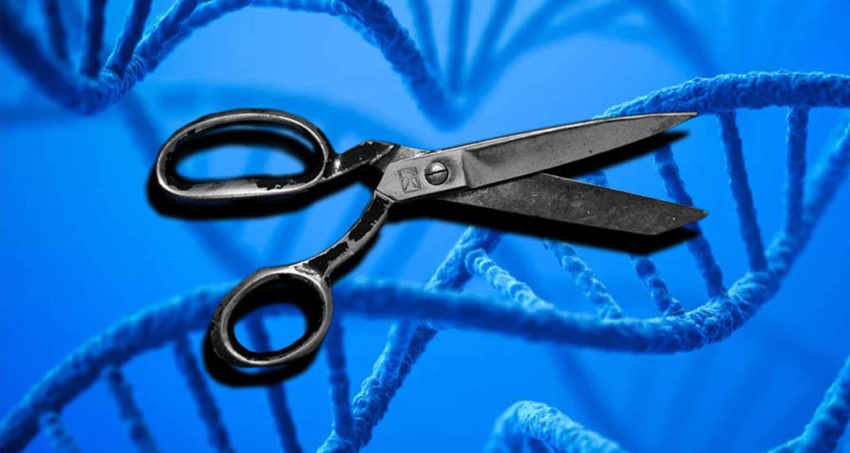 The Chinese scientist who created “CRISPR babies,” He Jiankui, sincerely believed that the research violated neither his country’s laws nor the guidelines of the international scientific community, according to his friends and colleagues. He didn’t exactly keep his experiment secret: He told at least four U.S. scientists that he was considering establishing pregnancies with genome-edited IVF embryos, enlisted a U.S. scientist to work at his Shenzhen lab, teamed with a Chinese hospital and IVF clinic, and proudly announced the birth of “Nana” and “Lulu” on YouTube in November.

Though researchers forcefully condemned He’s work as unethical and a breach of a scientific red line — and while the Chinese government has since accused him of breaking their laws — He clearly hadn’t gotten the memo.

Now, in an effort to prevent another He, 18 scientists from seven countries have called for “a global moratorium on all clinical uses of human germline editing” — that is, changing DNA in sperm, eggs, or early embryos to make genetically altered children, alterations that would be passed on to future generations. They say a moratorium should be in place for at least five years.

In a statement, Dr. Francis Collins, director of the National Institutes of Health, said that “NIH strongly agrees that an international moratorium should be put into effect immediately.”

But even before its publication Wednesday in Nature, the paper had scientists lining up for or against what they call “the M word”: whether a moratorium is the best way to prevent another He without stifling what might one day be a safe and beneficial technology, and even whether a moratorium is currently in place. As Nature editorializes, “so far, there is no sign of a resolution.”

The authors calling for a moratorium include Feng Zhang of the Broad Institute and Emmanuelle Charpentier of Berlin’s Max Planck Institute for the Study of Pathogens, two of the scientists who, separately, led the development of CRISPR for genome editing; Harvard University’s David Liu, who invented a precision form of CRISPR; and Broad director Eric Lander, who was co-chair of President Obama’s council of science advisers.

An equally stellar list of scientists are conspicuous by their absence. One, biochemist Jennifer Doudna of the University of California, Berkeley, supports “strict regulation that precludes use” of germline editing until scientific, ethical, and societal issues are resolved, she said in an interview. “I prefer this to a ‘moratorium’ which, to me, is of indefinite length and provides no pathway toward possible responsible use.”

Doudna, Charpentier’s collaborator on the 2012 paper that kicked off CRISPR genome editing, and some other CRISPR experts argue that “an effective moratorium” has been in place since 2015. “We have a moratorium,” said Lander. “Everybody has said we shouldn’t be doing genome editing at this time.”

In fact, neither the first international genome editing summit, in Washington in 2015, nor the second, in Hong Kong last November, where He announced his experiment, called for a moratorium.

“We have consciously not used the word ‘moratorium’ because people mistake it for a permanent ban and it would be hard to reverse,” said David Baltimore of the California Institute of Technology, who chaired the organizing committees for both summits. “A moratorium limits your options and doesn’t send the message that people might benefit from this one day. The present call for a moratorium strikes me as the wrong approach,” said the Nobel laureate, who in Hong Kong gave an impassioned denunciation of He’s work.

Baltimore calls the disagreement semantic, and denied that he and Lander, with whom he discussed the Nature paper before its publication, differ in a fundamental way. The official statements from both genome summits, as well as an influential 2015 essay by Baltimore, Doudna, and 16 co-authors urging a “prudent path forward” for germline editing, all noted numerous criteria that would have to be met for clinical germline editing (that is, to make babies, not as part of basic research without a pregnancy) to proceed.

Although Baltimore argues that those statements “were unambiguously designed to say we were not ready to move forward,” the most forceful recommendation in the “prudent path” paper was that countries should “strongly discourage” germline editing until “responsible uses” of it, if any, are identified.

Words matter, said science historian Ben Hurlbut of Arizona State University, who had numerous discussions with He before “Nana” and “Lulu” were created.

“My impression is, if ‘moratorium’ had been used, meaning a categorical prohibition on germline editing for reproduction, it wouldn’t have happened,” Hurlbut said. Instead, He weighed the criteria for germline editing in the 2015 summit statement, the “prudent path” paper, and a 2017 National Academies report and “believed he had checked all the boxes,” Hurlbut said, including that the procedure was safe, effective, and addressed a serious unmet medical need.

None of that was true, but the absence of a blanket moratorium — even when confidantes urged He not to proceed — allowed him to follow his own subjective judgment and self-interest.

Expert opinion nonetheless remains divided on the wisdom of a moratorium.

Opponents fear that a formal ban, perhaps backed up with country-by-country laws prohibiting germline editing for baby-making, would be hard to undo. The current “effective moratorium,” as Doudna calls it, the one every scientist supposedly recognizes, can more easily melt away if the regulated community itself — genome scientists — reaches a consensus that the technique has cleared the hurdles of safety, efficacy, benefit, and societal support.

“We didn’t call for a moratorium because we didn’t think it was the right thing to do,” said Richard Hynes of the Massachusetts Institute of Technology, who co-chaired the National Academies 2017 report on genome editing. “We specified what would be required to move forward.”

“I don’t disagree with the call for an international framework to set standards for both the scientific hurdles and the ethical and social concerns,” said Harvard Medical School Dean Dr. George Daley. “But I’m concerned a moratorium complicates future discussions rather than clarifies them. How long should a moratorium last? How is it enforced? Who gets to decide when to rescind it?”

Others who question the value of a moratorium focus on whether it would even work, absent strict legislation, surveillance, and enforcement. “It’s not sufficient that everybody promises to do the right thing,” said Harvard biologist George Church. “You need an enforcement mechanism,” like radar guns that enforce speed limits. “Just calling for another moratorium is posturing.”

In contrast, scientists who support a moratorium point to He’s experiment as proof that what currently exists didn’t work.

“My reaction [to the Lander group’s call for a moratorium] was, thanks, guys, for accepting the sense of urgency we all feel and recognizing the threat that germline editing poses to the ethical uses of this technology,” said Fyodor Urnov of Seattle’s Altius Institute for Biomedical Sciences, an inventor of the pre-CRISPR genome editing technique called zinc fingers. “I hope there will be a country-by-country adoption of a moratorium and that that sets a high bar for lifting it.”

Sidestepping the debate over a moratorium, Lander said “the real question” is what countries do while it’s in effect. “We take for granted that countries will pass laws if they want to prevent” germline-edited babies, he said. (Clinical use of germline editing is already illegal in about 30 countries.) In addition, he said, the moratorium period should be used to establish an international framework by which countries could alert the world if they intend to allow CRISPR babies.

Currently, “we don’t have any framework to discuss that,” Lander said. “We have reports and summits and temporary committees, but no ongoing framework for how the world should think about this technology. There is no place to go if a country wants to say they’re considering this.”

None should do so, he and his colleagues wrote, without “a period of public notice (perhaps two years) of its intent to consider permitting” CRISPR babies, “robust international discussion about the pros and cons,” “evaluation of both the technical, scientific and medical considerations, and the societal, ethical and moral issues,” and determining that there is “broad societal consensus in the nation” to proceed.

They reject the idea of an international treaty banning the creation of germline-edited babies, saying a CRISPR-babies version of the global chemical and biological weapons treaty “is too rigid for clinical germline editing.”

A moratorium won’t stop rogue scientists, Lander acknowledged, but he dismisses the concern about it not preventing another Nana and Lulu as “irrelevant. A rogue action doesn’t change the world. The real issue is, will a country go down the path of [genetically] modifying people” via germline editing.

The mechanism he and his colleagues propose, they wrote, “will place major speed bumps in front of the most adventurous plans to re­engineer the human species.”

Read this publication in Russian 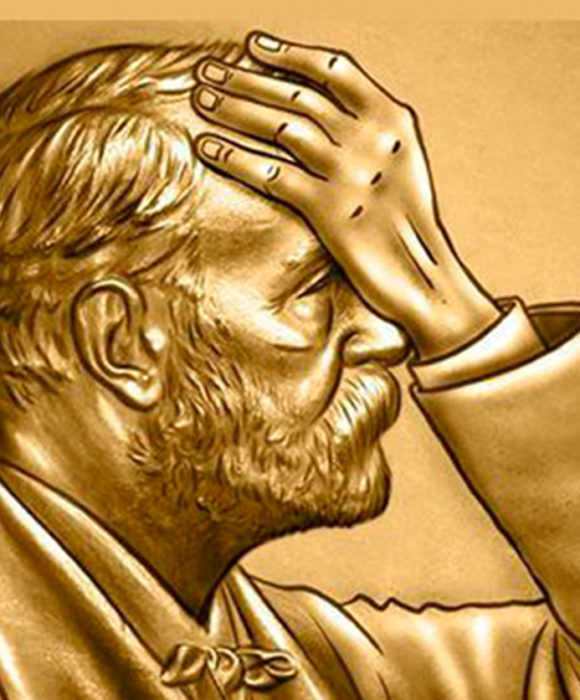 Study of French postmen’s testicles is an Ig Nobel winner 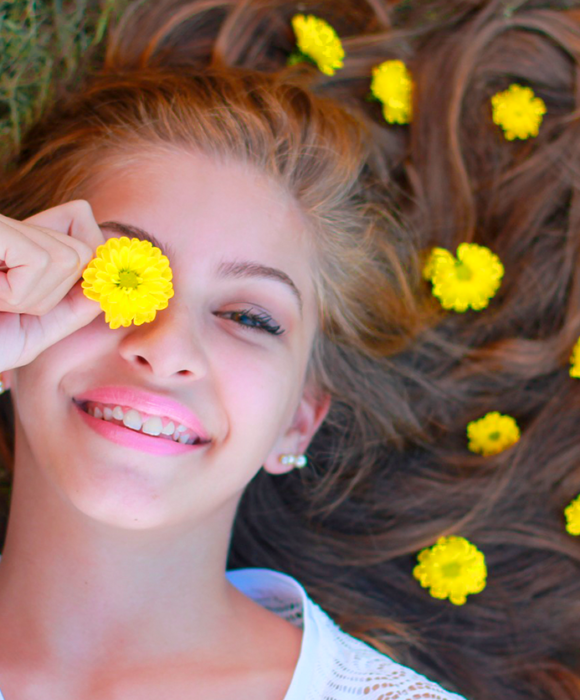 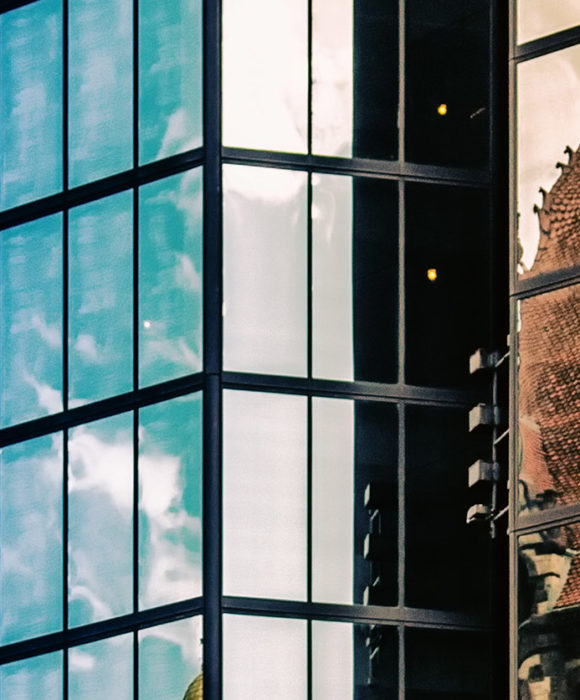