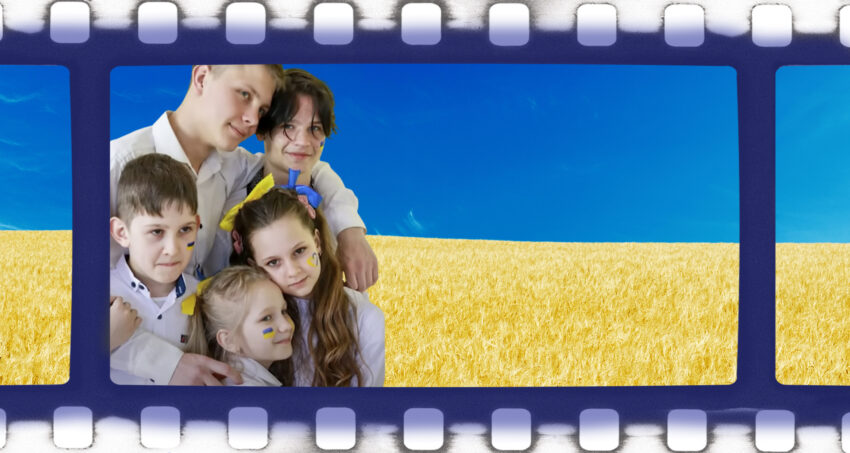 In the MAforUA special project of our digest www.iLike.Boston, we post information about civil initiatives and non-profit organizations that help people affected by the military conflict in Ukraine. This publication is unique in that you can directly help one large family, which the war tore out of normal life, depriving them of the most valuable in their lives – their mother and home. Here is the story of five children: Vyacheslav, Danila, Timur, Nicole and Olivia.

Writers and film directors create a lot of content about the war in Ukraine. This inexhaustible chronicle of tragedies, unfortunately, is constantly replenished with new stories. It is hard to believe that in the 21st century a full-scale war is going on in Europe, in which thousands of people die, and millions are forced to flee the war zone, saving their lives and the lives of their children.

Yesterday: there was only Brother.

One of the countless tragedies of Putin’s war is the story of the Yalov family from the Donetsk Region, in which there are five children. The invaders destroyed their house and severely wounded their mother. The eldest son, Vyacheslav, spent several hours trying to save his wounded mother under fire, and after she died in his arms, he wandered around the country with his younger brothers and sisters until they found shelter in Drohobych. Before leaving their destroyed native home, these children had to bury their mother in the crater from the shell that killed her. The eldest son became the de jure and de facto guardian for his younger siblings. The children have no other relatives.

The further epic of the Yalov brothers and sisters developed less dramatically, although, of course, they are still heavily traumatized by the death of their mother and the destruction of their family hearth.

Time heals, but in the children’s memory, there will be, for the rest of their lives, an impression of what they experienced and a consequential question: why? Why and who needed to destroy their house, in which they had lived, speaking both Ukrainian and Russian? Who needed the death of their mother and the destruction of her children’s lives? Why are they now virtually deprived of childhood and left with only a shaky hope for some future?

Those responsible for the suffering of this family and a huge number of other Ukrainian families will someday be held accountable for their atrocities. Ukraine will be rebuilt, and its people will return to their homes. But for now, they need help – and the whole world is helping them.

Today: Vyacheslav, the head of the family.

In his interviews, the current head of the family tells in more detail how they settled in Drohobych, where the local administration allocated a two-room apartment in a dormitory for them and where the children are trying to have a normal life. The eldest brother can no longer cry, because, as he himself states, life must go on. Despite their fragile age, the kids, who are faced with a cruel reality, are making plans for the future. And these plans are not only about life’s necessities and logistics, but also about their academic and professional future. The head of the family, Vyacheslav, has made up his mind to become a doctor, while Danilo, Timur, Nicole and Olivia are still choosing their future between the professions of a judge, lawyer, actor and IT specialist.

The Yalov family receives a lot of help from sympathetic, compassionate people. They have received donations of furniture, household appliances, clothe, etc. They have also received offers of moving abroad, but they have decided to stay in Ukraine. “Here is our homeland, language, and culture,” says the current head of the family, himself almost a child, who at the age of 18 became a parent for “his children” – that’s what he calls them.

Tomorrow: how to help the Yalov family from Ukraine?

You can help the Yalov family build their future by making a donation via PayPal to Vyacheslav’s bank account. Now the children need money for all kinds of living expenses. They need money to pay for a new life.

The Yalov children need more than just financial help. In their plans, the main thing is to study. One of the main areas is English, and the help of teachers, tutors, or just native English speakers is very welcome.

Thanks for reading. Please share this information with your friends and family. The main thing is that your help will be direct and lightning-fast. Follow our updates and subscribe to our news on Facebook.

Also, you can make your donation by check or a credit card in the US through Charity Organization established in Massachusetts. All donations will be transferred to the Yalov family. Please call or email support if this is option is preferrable.

P.S. Other MAforUA initiatives that are already active at the moment:

The Sunflower of Peace Foundation is a non-profit organization founded in Massachusetts in 2014. (501(c)(3) (EIN: 47-2620675) Its current mission is to support the people of Ukraine affected by the Russian military invasion. The Foundation partners with a global network of authoritative organizations and institutions that seek to help Ukraine in its dire situation.

Cash for Refugees is a civic initiative by Natasha and Semyon Dukach from Boston that raises funds for refugees from Ukraine and provides money without bureaucratic delays to people who need funds here and now, immediately after leaving Ukraine. Cash for Refugees is a financial partner of Fiscal Sponsorship Allies, Inc. (501(c)(3) EIN: 85-0839183), a subsidiary of Charitable Allies, Inc.

Ukraine Take Shelter is a site created by two students from Massachusetts for Ukrainian refugees, which helps them find housing in Europe and around the world.

Ukraine Global Scholars (UGS) is a non-profit organization founded in Massachusetts in 2015 (501(c)(3) (EIN: 81-0847939) that helps Ukrainian high school students from families of modest means get scholarships to the world’s best boarding schools and colleges. In return, students pledge to return to Ukraine for five years to help rebuild the country. 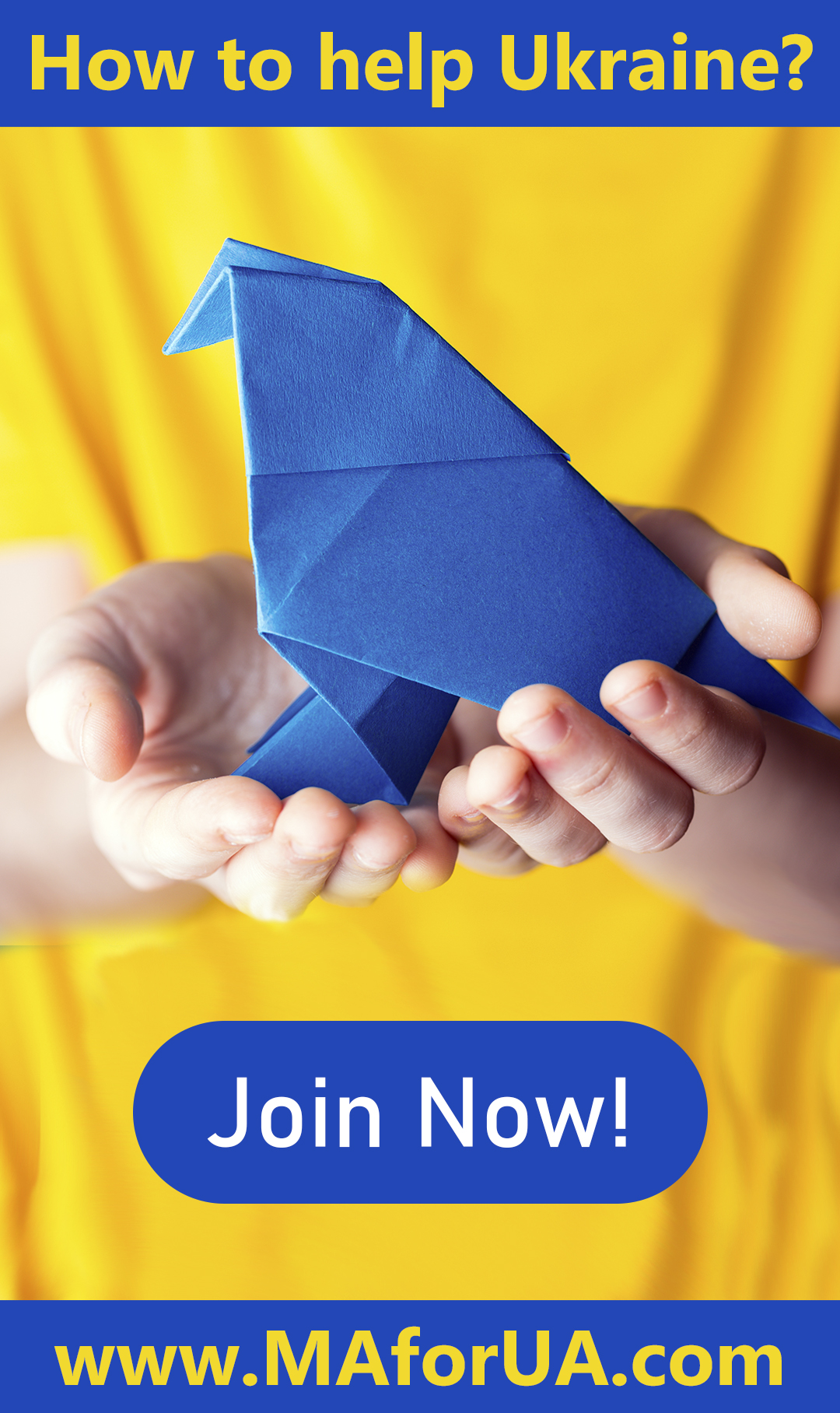