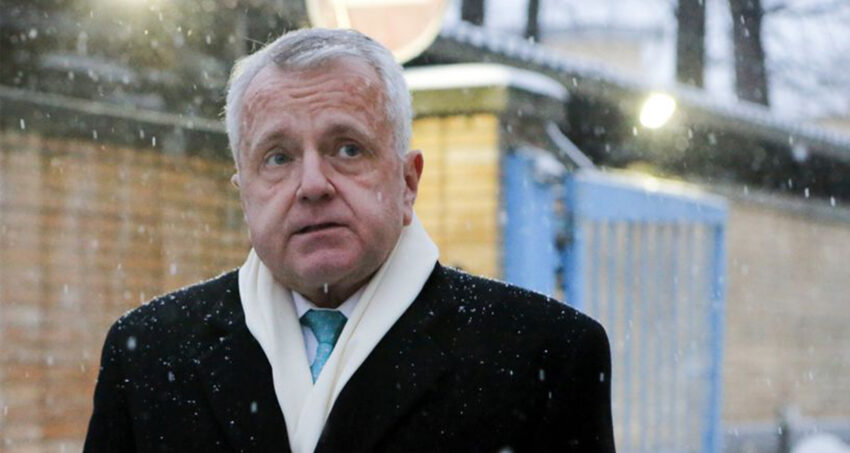 For the US ambassador to Moscow, a long journey from South Boston

John J. Sullivan sits before a conference-room window with a sweeping view of the Moscow skyline, signs of spring beginning to blossom below. Nearby, in his office, is a large, autographed picture of Bobby Orr flying through the air after his Stanley Cup-winning goal in 1970. There’s a photo of Ted Williams, too.

It’s been a long journey for Sullivan, the US ambassador to Russia, from South Boston, Medfield, and Xaverian Brothers High School in Westwood toone of the toughest diplomatic jobs on the planet — point-man for an outraged US government seeking to punish the Kremlin for the brutal war against Ukraine.

The embassy staff is only 10 percent of its size five years ago. Interactions with the Russian government are at a bare minimum, Sullivan said in a recent Zoom interview. And each new report of atrocities committed in Ukraine by Russian forces ratchets the tension ever higher.

“Do I see a point in the future where this conflict is dialed back? Good God, I hope so. I pray for a cease-fire,” he continued. “Do I think that’s likely, given the statements I’ve heard from the Russian government? I don’t.”

Sullivan, 62, spoke on the day that a Russian missile had killed more than 50 civilians at the train station in Kramatorsk, an embattled city in eastern Ukraine that the victims were trying to flee. The ambassador struggled to find language to describe that horror, which followed the indiscriminate killings of scores of civilians in Bucha, a suburb of the capital, Kyiv.

Sullivan did not hesitate when asked if Russian President Vladimir Putin is a war criminal, as President Biden has described him.

“Far be it from me to disagree with the president,” Sullivan said. “After what we’ve seen of what the Russian military has done in Ukraine — whether it is in Bucha, which is horrific, and now today’s events [in Kramatorsk] — at a minimum there is sufficient basis for the ongoing war crimes investigations.

“My fear,” he added, “is that we’re just going to see more and more images like this until President Putin stops his war of aggression.”

Sullivan also is dealing with a thinly veiled threat of nuclear warfare, which Putin broached by raising the alert level of the country’s nuclear arsenal.

“Who talks that way in 2022?” Sullivan said. “But on the other hand, who launches an aggressive war and lays siege to a capital in Eastern Europe in 2022?”

Any Russian use of weapons of mass destruction would be met with a “significant, catastrophic response from the United States and our allies,” Sullivan said.

Sullivan was summoned to the Russian Foreign Ministry in protest last month after Biden condemned Putin as a war criminal. The ambassador used the meeting to continue advocating for the release of US citizens Trevor Reed, Paul Whelan, and professional basketball player Brittney Griner, who have been detained by Russian authorities.

Trying to gain their freedom, he said, “is about the most difficult and emotionally draining experience I’ve ever had.”

Sullivan said he leans on his ties to the Boston area for pleasant thoughts, particularly its sports teams, which he follows with a passion. Sullivan, whose wife and three children live in the United States, also retains connections with St. Augustine’s Chapel in South Boston, built in 1818.

He has donated money to help renovate the chapel, which had close connections to his mother and family, who lived nearby. The Rev. Robert Casey, pastor of the parish that includes the chapel, reached out to Sullivan in 2018 to gauge his interest in attending its 200th anniversary.

A lawyer who has worked extensively in private practice, Sullivan said the pull of public service always has been strong. His role models are his father, John, a World War II submariner, and his uncle William, the last US ambassador to Iran, who was briefly held prisoner after a 1979 attack on the embassy in Tehran.

Prior to his State Department postings, John Sullivan, a Republican, served in senior positions at the departments of Justice, Defense, and Commerce under former Presidents George H.W. Bush and George W. Bush.

After a return to the private sector, Sullivan was asked by former Marine General James Mattis, President Trump’s first defense secretary, to be the department’s general counsel. But Rex Tillerson, whom Trump named secretary of state, wanted the Brown University and Columbia Law School graduate for his deputy.

Mattis said in an interview that he deferred to Tillerson in what he considered a win-win for the new administration, which Mattis later left in protest over Trump’s decision to withdraw American troops from Syria.

Although Sullivan was appointed by Trump, President Biden asked him to remain in the job.

Mattis had high praise for the ambassador, whom he called “a man of his word. He is not a piece of seaweed,” moving back and forth with the tide. “I can’t imagine anybody better equipped for these circumstances than John Sullivan. He’s a man for all seasons, but he’s best in the worst times.”

A comparable posting in US history “would be like being the American ambassador in Berlin in 1939 or ‘40 or ‘41. He’s in an adversary’s capital with a megalomaniac who’s on the loose,” Mattis said.

“He’s got to stand there with an understaffed embassy and advocate for the values and interests that we have,” he added. “I can think of no one better prepared for it.”

As tensions mount between Washington and Moscow, Sullivan has moved from Spaso House, the US ambassador’s residence since 1933, to the embassy compound a 15-minute drive away, because of the increased communications with administration officials.

As the war drags on, he said, the vast majority of Russians do not know the truth of what is happening in Ukraine.

“What they don’t hear is putting that in context, which shows how absurd it is, that the democratically elected Jewish president of Ukraine is a genocidal Nazi.”

Putin remains popular, Sullivan said, but the ambassador expects that the war will badly hurt the Russian people and economy.

“I despair because I came here two and a half years ago looking to try to repair or restart the downward spiral in the relationship,” he added. Instead, “it’s continued to spiral downward further because of what the Russian government has done.”

Despite the stress and enormous stakes, Sullivan said he enjoys the job.

“I’ll stay here as long as I can take it,” he said. “But eventually I have to get back home and get some hot dogs at Sullivan’s [in South Boston] and go for a run around Castle Island.” 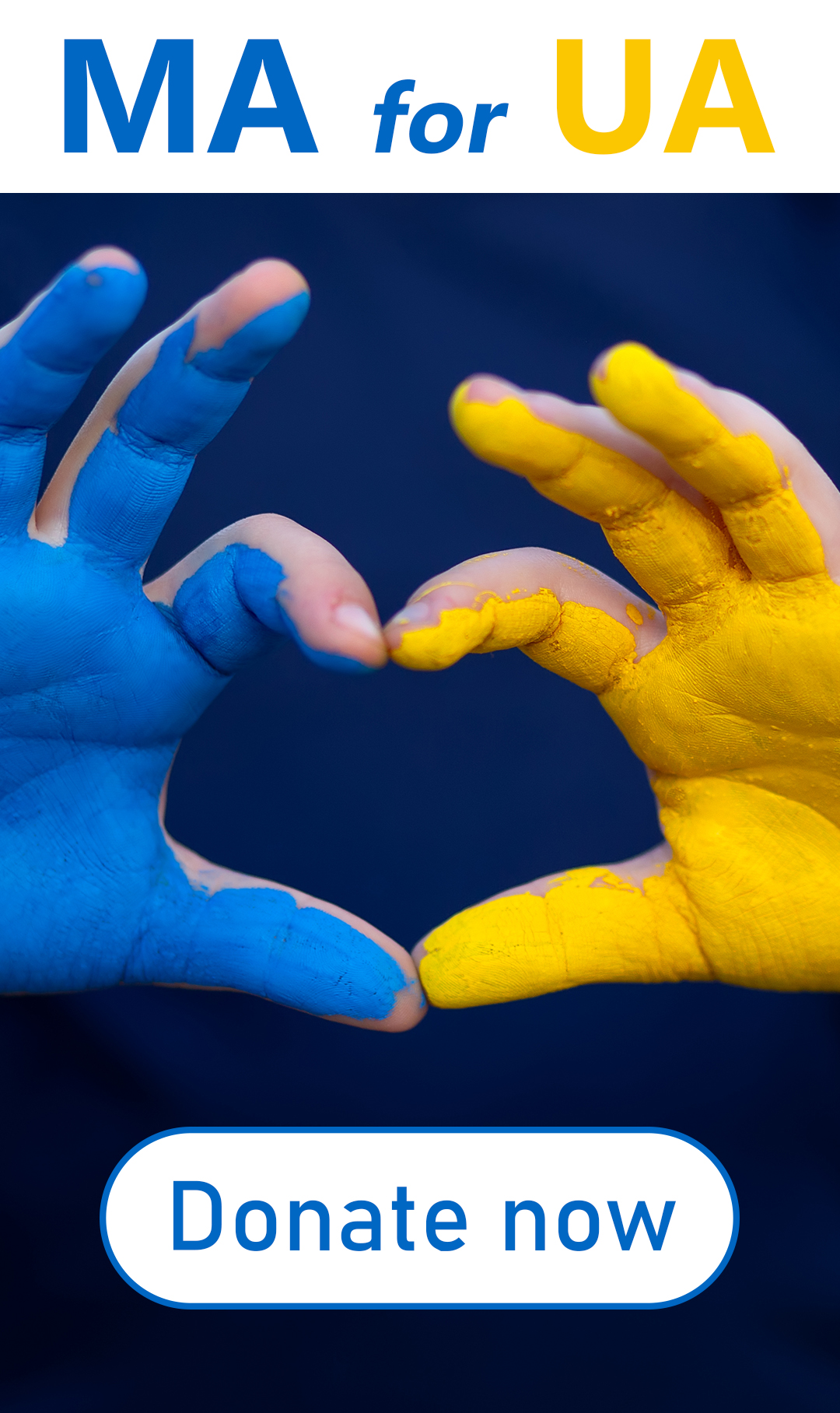